He made his first photos by the age of 12 like his greatgrandfather , he start shooting family & close friends. photography became a need, so naturally after graduating, he enter in a photography school .Later he worked in the greatest studio in Paris with the glamourous photographers of the 80″ Arthur Elgort, Lord Snowdown, Pamela Hanson & Bill King in the same time he did his first exhibition “Stridence” in Montparnasse.In 1990 he started to work by his own in Milan (Cosmopolitan, Grazia,) & Paris , l’Officiel , Figaro Madame, Vogue Spanish ,Elle japan, German Madame, German Cosmo, Spanish Elle, and clients such as Nescafe, Armani, Zadig&Voltaire, Nivea, Remy Martin, Sonia Rykiel.His constant passion for perfection, light & movement push him to explore the magic of dance, he follows for years Carolyn Carlsson’s company and Opera de Paris dancers This worked has been exposed in Paris, Pekin, Marseille ,Milan. 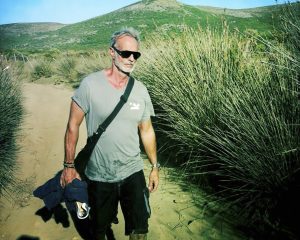